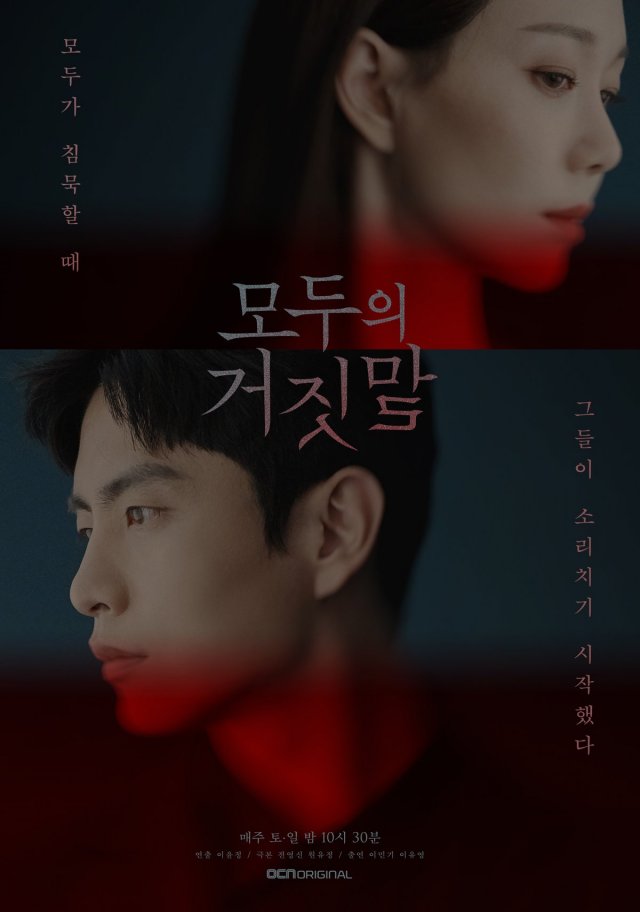 “when everyone was silent, they began to shout”

I am a fan of crime-thriller-mystery drama and to have my charismatic Lee Min Ki as lead, how to say no? It is also available on Netflix. Everything is served.

A story of a woman, who joins the National Assembly and teams up with a detective to save her husband, after he abruptly disappears following the sudden death of her father.

This drama started with a case of Choi Soo Hyun, a female reporter who fell off the building. This case that led by Detective Yoo Daeyong and Jo Taesik was concluded as committing suicide.

Not long after, the same investigation team took another task ー a case of Assemblyman Kim Seongcheol, who got into an accident. It was closed as suicide as well. But the curious Taesik realized that Jeong Sanghoon, Kim Seongcheol’s son-in-law, never appeared in the funeral and his whereabout is unknown.

After investigating, he begins to suspect Sanghoon, until a box containing Sanghoon’s hand was found near the fountain. Kim Seohee (Sanghoon’s wife, Seongcheol’s daughter) who had to preceded his father’s job by force, then joined force with the detectives and begin searching for her husband.

Seohee was threatened by the culprit who kidnapped her husband to propose a bill for a new energy development business by JQ, a corporation owned by his father-in-law, Jeong Yeongmun.

The business requires a massive land to proceed and they would do anything to acquire the ownership of the lands.

During the process, a series of ‘suicidal’ incidents happened to most of their suspects and they begin to wonder if this is more than a kidnapping case. They started to unravel a startling truth behind JQ, Jeong Sang Hoon’s identity and the residents in Songjo.

I like how the plot escalated very quickly. We don’t have to wait many episodes to discover certain plot.

I like how Taesik’s character developed. He is a righteous detective but he’s also a normal human being. From someone who do his job halfheartedly to someone who goes extra mile in seeking the truth.

Excuse me but why characters in Kdramaland refuse to explain everything on the phone??

“i have something to tell you. let’s meet”

they often die right after…

I also don’t really fancy female detective’s tone. I get that some dialects are noisy but i got distracted. At first I was annoyed but I got used to it so eventually I’m fine haha but looking back at all her task so far, i understand why they chose to have such character. She’s a former athlete, tough and rough. So it fits her character.

The plot twist is too late.. Only in the final episode we get to see the truth behind Youngmin’s action. It don’t do justice to him. He deserves so much more.

We don’t have many soundtrack for this drama. I guess maybe cos the focus are more on the cases rather on characters. But sometimes less is more is it? I like both soundtrack though. It feels closer to heart cos I hear it in every episode. hehe

The Lies Within is worth to binge-watch. I cannot imagine myself watching this drama 2 episodes a week. It’ll be a torture! Why I said worth it, it’s because all the cases in this drama are related to each other. So the flows are not cut.

Some drama, they have 1 major case for the entire drama but every episode, they will have new cases right. It’s not like that for this one, so you’ll be able to 100% focus, have better understanding, and feeling mutual with the protagonist. The loops of characters in this drama is small so you can remember all names easily.

To be honest I kinda sense that Jeong Sang Hoon might plan his own kidnapping and sacrifices himself for the sake of the truth but i didn’t know Jin Young Min also involved in this tragic plan. Both of them had suffered enough emotionally and mentally (especially Youngmin), it’s really heart breaking to see them took such a measure to reveal the truth.

It can get boring at times though, that’s why I recommend binge-watch.. Anyways, I recommend this drama. Have fun watching!

p/s: i actually accidentally published this post and only realize it now………….. thus i can’t simply delete 😦 i will edit and update more this weekend. cos i still have many things to say about this drama and the characters.