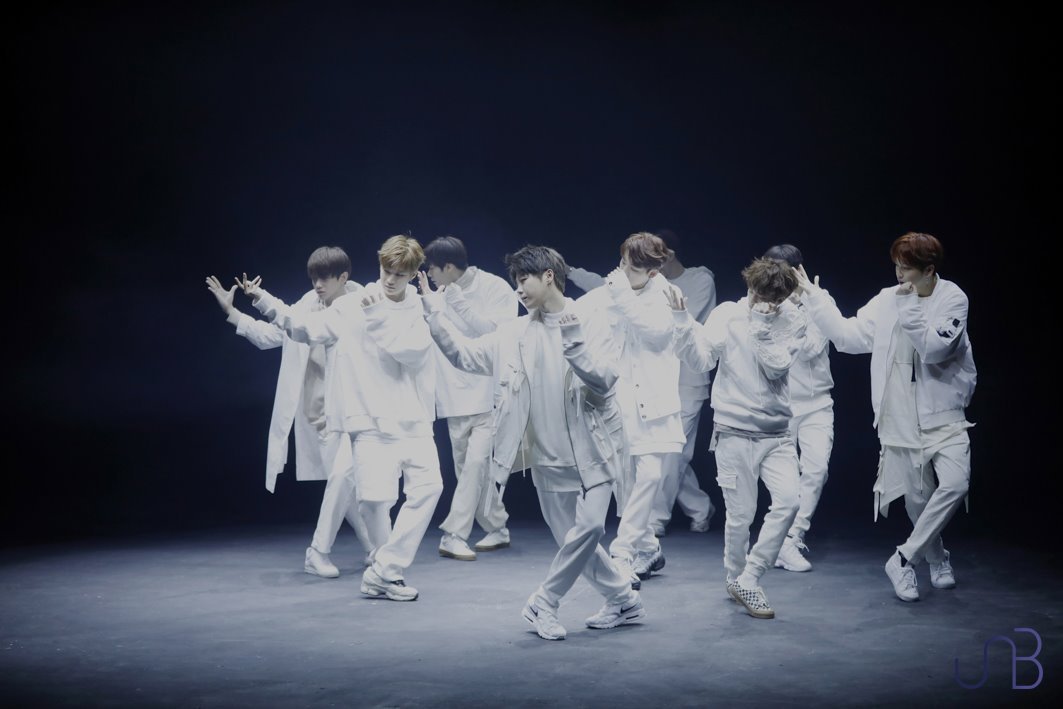 So one year has passed. I still remember the feeling I had when UNB first finalized, and the adrenaline when waiting for the teasers, when tryin’ to catch up with endless updates from various sources ー vlive, twitter, instagram, facebook, naver, fan cafe ー at random time! I even had to bring my phone to the toilet cos yeah.. I can’t stand being one second late.

Last night, after going through one folder to another, all those memories flashing through my mind that I broke down into tears. Call me dramatic I don’t care. That’s how special they are in my life. So, I thought before this memory faded from my life library, I would want to turn it into words. It’ll be a long essay with grammatical error for sure. Please pardon me.

This is a dramatic not-so-short story of my UNME journey;

7 years ago, I slowed down my fangirling activities, I stopped buying albums ー I only go for selected fanmeeting/concerts. There was no special reason. I just wanted to focus on my life cos I’ve spent many hours fangirling; plus new kpop groups sprouting like it never ends! I missed the train. Obviously.

As a multi stan, I had hard time catching up so I ended up only listening to the musics. I didn’t dig around for updates, I rarely login into social media accounts, basically I’ve lost my interest. Not entirely lost interest, cos I still listen to the musics but I didn’t bother to know what’s going on! Whatever appear before me whenever i scroll twitter, tumblr, ig, that’s the update i get.

So during those years, I kinda take a ‘break’ from kpop fangirling. That’s when I learnt making gif, and started utilize my tumblr for good. On the other hand, K-drama has been a big part of my life ー I can give up on kpop but not for K-drama. I loveee actors! and compared to the idols, actors are easier to stan cos i feel more relax. So at that time, when i’m taking a ‘break’ from kpop, I focused on actors, drama and variety shows. I rarely visited twitter then as I was more on tumblr to post screen caps, drama gif, etc. As time goes by, I thought perhaps I should entirely quit fangirling (i mean on kpop ー no more concerts and stuff; only listening to music). I think about that everyday~

That was all until 2017, when the The Unit first aired on KBS World. Produce 101 has been a thing for kpop fan so I was skeptical about The Unit being similar to Produce. I didn’t plan to watch but as an avid viewer of KBS program, I wanted to give it a chance. When the 1st episode aired on KBS World, it was late by a few week than the original broadcast in Korea. Probably one month late. I watched a few episodes and immediately hooked! I think I was 100% hooked when I saw Hansol’s reboot evaluation performance. Like.. OMG this kid. That’s how it’s all started.

But at that time, I didn’t have anyone to fangirl with and not that I plan to fangirl either. I think it was only until the 2nd mission (episode when they performed Perfect Man, Boom Boom etc.) that I realized I should watch this show by the original timeline. So I went to the pirate site (oops!) to catch the show on time. It was like… 4-5 episodes behind? So I binge-watch and managed to catch up until the episode when they performed All Day, in 4 days (yes I was slow but still). There’s that. I need to fangirl about this; I need to talk about how awesome Hoonams are; I need to talk about how handsome Jun is; How cool, how sweet, all the howssss. So I took to tumblr, I made gif. This crappy gifset were the first of The Unit from me –

I started coloring my tumblr dashboard with The Unit color and that’s where I got all the information. I followed the Unit related blog, gif makers etc. Since it was already near the end (there were only 2 episodes left), I had a lot to catch up and that’s when I re-installed Vlive, just to follow The Unit account.

I literally breathing UNIT B (UNB) then. I spent most of my time on tumblr cos at that time that was the only platform I used to interact with fellow fans and post gifs. Only just a few days before UNB official debut, 365 days ago, I went to my deserted twitter to see further information about teasers n stuff. I found so many the unit fans there, where it was like a second ‘paradise’ after tumblr!

I realized news travels fast there compared to dashboard so I started juggling between tumblr and twitter. My life has never been the same anymore. All that thought about quitting kpop went into the bin. I returned as a fangirl more than I did back in the days. It’s insane.

I pre-ordered their debut album BY MYSELF, I never done before. I joined fan cafe, where I never thought of doing so back then. I priorities photocards in the album, which I’ve never ever care about; the trends has changed! Not to mention how I changed my twitter username and profile picture that lasted 8 freakin’ years just for UNB. That’s how important they are to me. and that’s how I found my entire family.

These changes are exclusively only for UNB. There will be no more(?) hardcore stan after UNB. I have using my full energy for them and I am not planning to do the same for others, although I did pick up a new group ー ensiti. . I’m tired.

Prior to their debut, the nameless fandom were busy catching up with storm of updates. Adrenaline rush at its best when teasers released! I remember bawling my eyes out when this fan service teaser came out. I was in my room, giffing member’s teaser when this holy Only One first revealed. You can see I was so overwhelmed back then. //cries//

Fans anticipation at its peak when sets of album images were released. This one caught my attention the most! This particular photo was uploaded at the end of the article, serve as the closure, where so many fans complaining that it doesn’t deserve to be included into A-cut images. To be honest, this photo is one of my favorite cos it is aesthetically pleasing in my eyes. I like it cos it looks natural and that it kinda captured the moment and not the object. I don’t know how to explain but I feel the photo. I can hear their laugh, I can feel their hair dancing through the wind, it’s alive! But apparently it was only me who feel that way lmao. The members saw the ‘rage’ that they had to clarified that this photo is a B-cut and was uploaded for fun. hurhur

One day after UNB officially debuted;

“the level is different. they made their debut with busking, held showcase at an art show, had their first stage in a program where singers absolutely wanted to appear on. They are experiencing a debut promotion where no rookies will ever experience” ー a journalist on UNB debut

Yes they held their showcase at an art show. 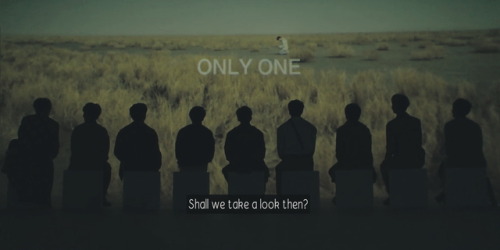 It was a humble start with a great album. Boyhood is like the first child who received everything from parents ー they had 2 music videos, beautiful outfits, great songs, awesome choreography, a perfect debut album one should have!

Hey, Feeldog even lend his talent in art! 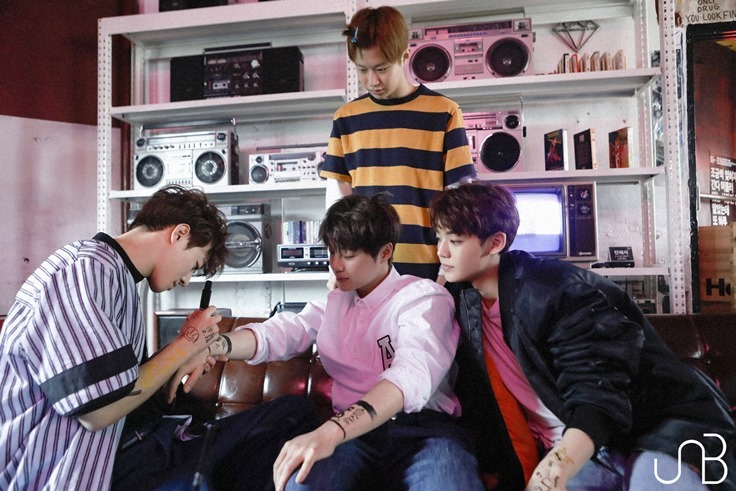 Seriously, they were one of a promising rookie. if only they were given more chance….. if only…

The magical ONLY ONE

This is the UNB playlist at Interpark if ever you want to watch more. Down memory lane~ why not!^^

Some of the boys went to celebrate anniversary by attending fan events. I’m a happy UNMe 🙂

You have survived reading this. Such a loyal person you are. Thank you and I’m sorry for the weak english. :p I love you my UNMe family and thank you once again to every UNMe who are understanding, befriended me, reblog my crappy gifset, retweeting my unb stuff, likes them, I don’t deserve you all ㅠㅠ I’m sorry for the lack of content on tumblr if ever you expected anything from me. Apparently I failed to juggle my time wisely. :”(

and happy birthday UNB! No words can describe how much I care and love you. I know I will ‘regret’ this later for writing such a cringe-worthy long ass text but life is unpredictable and you guys are one of the magical unpredictable things that ever happened to me so ー never regret. ever.

Peace and love for my boys 🙂